Marching Band Rehearsal Schedule - Summer 2021
The following is the schedule for our Summer rehearsals. We need everyone memorized before August! Music for this year's marching band performances include: MN Rouser, Crazy Little Thing Called Love, and Oye Como Va.

As is tradition, the Pirate Marching Band performs a field show during halftime of the homecoming football game. Over the years the bands' performances have ranged from traditional corps style shows to creative pop-culture themed spectaculars! 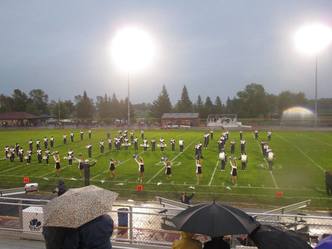 In 2016, the band took the crowd back to the days of standoffs and showdowns.